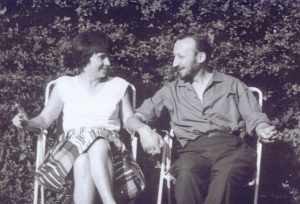 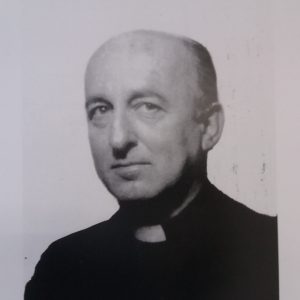 Paul Carette came from a family of rich textile manufacturers in Charleroi. Before World War II he was already active in catholic humanist circles. In the fifties he ran ‘Le Populaire’ a newspaper aiming to bring the message of the Gospel to the working world. He then took part in think tanks around Vatican II (1963-1965). Belgium’s priests and bishops had an important role in shaping the pastoral constitution of the Church at that time, as can be read in Gaudium et Spes : n°79 ‘The avoidance of War’, §3 : ‘it seems right that laws make humane provisions for the case of those who for reasons of conscience refuse to bear arms, provided however, that they agree to serve the human community in some other way.’ And n°81: ‘The arms race’ : §2 ‘Whatever be the facts about this method of deterrence, men should be convinced that the arms race in which an already considerable number of countries are engaged is not a safe way to preserve a steady peace, nor is the so-called balance resulting from this race a sure and authentic peace.’

He died in 1978 bequeathing his fortune to twenty organizations including MIR, now called Agir pour la Paix (Working for Peace).

Born into the highest aristocratic and financial circles and following his 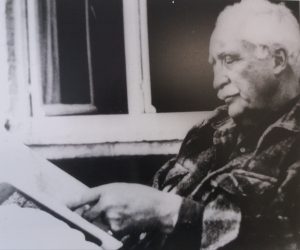 father’s will he studied banking although his dream was to become an artist. In 1935 he married Elena, daughter of a rich Jewish ship owner from Trieste. They travelled the world until 1940. On the death of his elder brother he took over the family business, hoping to reconcile it with his humanistic ideals. He settled in the Congo, where he had several companies, with his wife and daughter Astrid.
A pacifist and nonviolent activist above all he founded several organizations, the most important being Stop War in 1945, a people’s movement for peace.
He stepped down from all his business mandates in 1952, when one of his businesses signed a contract to build military airfields.
Very close to Jean Van Lierde he supported him in his fight for recognition of conscientious objection. He led a constant struggle against nuclear armament through demonstrations, marches, articles and books.
In 1964 he founded Oxfam Belgium and Queen Elisabeth of Belgium became its president.
He went to China in 1961 with the Queen.
At the time his regular visits to the Near East led him to support Israel. He condemned the Vietnam war.
He wrote many books and was an accomplished artist.
He was strongly independent, sincere and spontaneous, very religious, even mystical. His aim in life was to ‘spread Christ’s message, this marvellous and unique message of love and peace’ as he wrote to Cardinal Montini (later Pope Paul VI) in May 1959.
He died in Brussels on 16th June 1981.